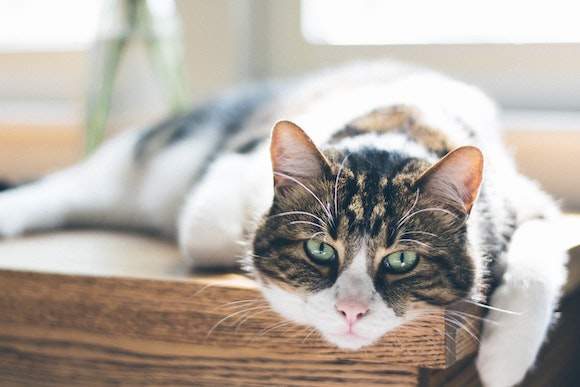 Keeping Your Pet Safe from Toxins

Every year we see dozens of animals that have been exposed to toxic substances. The third week of March is National Animal Poison Prevention Week, and we wanted to highlight some of the most common causes of animal poisoning and how to either prevent them, or help get them identified and treated quickly. Whether the toxins fall on the floor, are found outside, or just given by mistake, the earlier the ingestion can be identified and the pet can get proper treatment, the better it will be for the pet, meaning less stress for the family.

If your pet is acting strange or may have gotten into something, but you aren’t sure what, take a moment to look around and account for anything out of the normal. If there is a plant chewed on, a torn box, or a medication that may have spilled, take note of it and either have a photo or way to identify what it is to help a veterinarian determine if it is a risk and what treatments may be needed. While some veterinarians may feel comfortable treating common or mild toxicities that are straight forward, the large variation of signs and huge number of potential toxins means most veterinarians look to guidance from a toxicologist or animal poison center that can give specific protocols for treatment based on a large database of cases they maintain. There are two main animal poison control centers that you can call before going to a veterinarian (listed below), but if your pet is showing signs, it usually is best to call your vet first, then consult the poison help lines if needed. Each poison control center has a fee for the consultation paid over the phone, but the information is often extremely helpful to ensure animals are treated properly.

Now for what many people want to hear: the most common toxins we see in our patients, and what to watch out for. The first one I want to mention is one many people don’t think about, which is what makes it such a common problem. Over-the-counter and veterinary supplements are often thought of as basically safe by owners. The problems we see are when an animal ingests a large number of these, or when the formulation is only meant for people and ends up being toxic to your pet. In an effort to make these easy to take every day, many supplements are flavored, or otherwise produced to be easy to take. Some animals end up liking them so much, they eat the whole bottle if it is left out on a counter or if it spills. Joint supplements can cause liver damage, and vitamins commonly have vitamin D, which can cause kidney injury at high doses. Some human supplements contain Xylitol, an artificial sweetener, which can cause low blood sugar and liver failure in dogs and ferrets. If your pet gets too much of a product, or eats a supplement meant for humans, it is a good idea to check with your vet or animal poison control center to see if it could be toxic, and to find out what to do.

Next I would say house plants make up a large percentage of the cases we come across. While most of these, like pothos, spider plants, and dumb cane, will cause mild gastrointestinal signs that worry owners, such as drooling, vomiting, and diarrhea, they are often not life-threatening, or they just require some minor treatments. A few exceptions to this are Sago Palm, True Lillies (tiger, day, easter, etc.) in cats, azalea and foxglove. These represent some of the most likely plants to result in a pet dying if they are exposed and don’t get treatment right away. Any pet exposed to these or an unknown plant should reach out for veterinary guidance right away.

Another group of toxins we see frequently are from human medications. Prescription medications such as antidepressants, stimulants for ADHD, and heart medications are very commonly associated with serious problems in animals. Sometimes a pet will chew a bottle open, or just eat a pill that fell on the floor. It is important to let a veterinarian know about any medications used in a house if your pet has unexplained signs of illness. Over-the-counter medications are often just as dangerous to pets as some prescription medications. It astounds me that many pet stores sell aspirin and advertise it as “doggie aspirin” when most veterinarians won’t let a dog near it because of the high risk of developing stomach ulcers. Other anti-inflammatory medication such as ibuprofen, naproxen, and acetaminophen can cause fatal organ failure or stomach ulcers in pets, even if given at low doses. The bottom line is, if your pet has ingested a medication not prescribed by a veterinarian, you should find out if it is safe as soon as possible. By the time an animal shows signs of illness, it may be too late, and it will be harder to treat.

A group of toxins most owners seem to be more and more aware of, are human foods that are not safe for pets. The short list of these includes chocolate (more risk with higher cocoa %), grapes and raisins, macadamia nuts, onions and garlic, avocado, and the artificial sweetener Xylitol (usually in sugar-free gum). Chocolate can cause agitation and gastrointestinal upset, rapid heart arrhythmia, and sometimes seizures. Grapes and raisins can cause kidney failure in some pets. Different animals are more or less likely to show signs with each of these, and the amount they ingest is important, so try to note how much may have been ingested and be aware of how much your pet weighs to help veterinarians assess the risk.

One of the most common toxins we tend to see in pets is THC from marijuana; we also see toxicity from any other recreational drugs you can think of. While most of the cases cause mild signs, such as tremors or lethargy, stronger synthetic and concentrated products, and stimulants often cause much more serious signs such as seizures and/or trouble breathing. Most hospitals can perform a drug screen if these are suspected, but false readings are common, and if a known exposure happens, it is best to be forthcoming so proper treatment can be provided quickly.

An obvious group of toxins are those that are meant to be toxic such as rodenticides, other pesticides and herbicides. While pesticides against rodents, moles, and snails and slugs are generally the most toxic, each type has different signs and levels of toxicity. It is very important to know exactly what product they are exposed to, bring a sample and ideally packaging if possible that says the active ingredients, and not just the brand. Some toxins are much easier to treat and prevent signs in while others are incredibly challenging. If buying one of these products, I recommend avoiding Bromethalin (that causes brain damage) and Vitamin D (cholecalciferol, causing kidney failure) rodenticides, as they are the most likely to have irreversible damage done. The anticoagulant rodenticides have more direct treatments that can reverse the toxicity if exposed.

While there are thousands of potential toxins that a pet may be exposed to, there are a few that stand out and may not fit into the other categories. Ethylene glycol-based antifreeze has long been known to cause kidney failure in pets. By the time animals show signs of the toxicity it is often too late to save them, so it is critical to get them treated immediately after any suspected exposure. While other industrial chemicals, cleaners, and solvents have a wide range of toxic effects, this is by far the most commonly devastating toxicity. Others include wild mushrooms and molds that may cause signs ranging from stomach upset, to tremors and weakness, and in some cases liver failure. It can be very hard to identify a mushroom even by experts, but if there are other mushrooms are around, having a sample may help us develop a proper treatment plan.

Whatever the case may be, it is always easier to prevent a toxicity than it is to treat it. Try to follow these guidelines for the best outcomes: 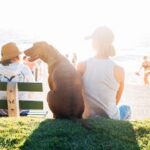 Buy Preventatives for Your Chance to Win! 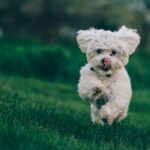 Is Your Dog Getting Enough Exercise?